The site of the company which made the new generation antivirus.

The site was created to promote the antivirus Romad.

The uniqueness of the antivirus is that it signatures the threats not by their signature, but by the abnormal actions of the virus.

This antivirus consumes ten times fewer resources on your computer and can work successfully without updating for several months. 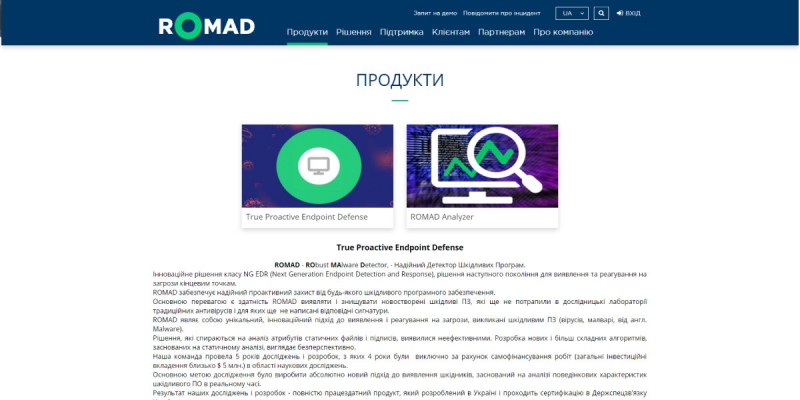 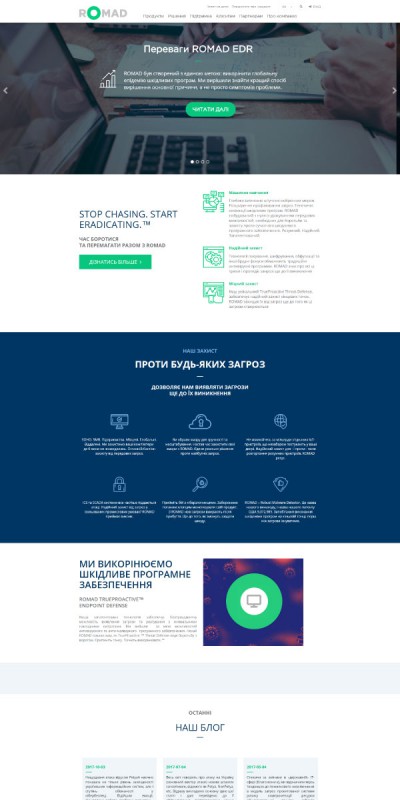 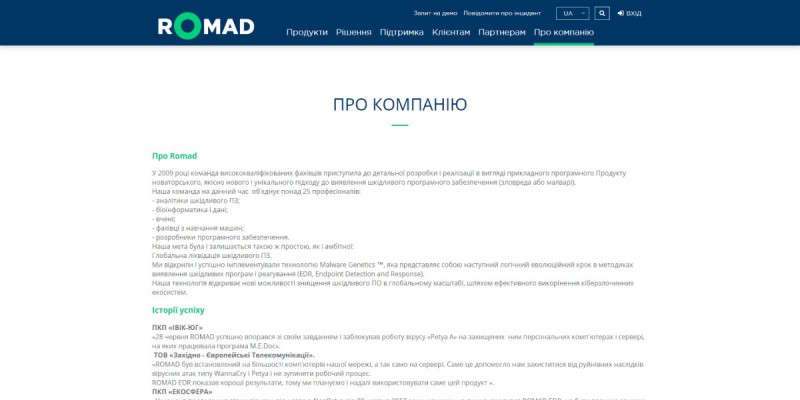